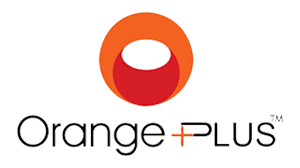 When a lighting OEM, wanted to venture into retail space, they needed a video that resonates the subtle emotions of the common man. They approached us to produce a TV and a Digital AD that takes care of the same.

We had two outings with Orange LED. While the first was a quirky take, set in a marriage cermony, the second was an emotional one, that revolves around reconcilliation between a couple. Both these two digital ads were meant for festive releases. Primarily used for digital consumption, the client had a strong marketing strategy that put both the ads in the right spots. Cumilatively the ads garnered more than 2 million views and helped brand achieve its objectives of venturing into the retail space.

What worked in this project, is clarity in understanding the goal. As a video prodution company, we always ensure goals are identified, brainstormed on, and translated well into the scripts that we write. And that is exactly what happened with both the videos of Orange LED.

We never expected the quality to be such good. Team Cinimage has exceeded the quality expectations, and we thoroghly enjoyed working with them.